CHARLOTTE, N.C. — The task was to practice stillness while speaking. Instead, Richard Sherman started doing the robot.

This was autumn 2010, Sherman’s fifth year at Stanford University. He was enrolled in Engineering 103: Public Speaking. In an act of respectful rebellion, Sherman performed his rigid dance. Some teaching assistants saw it as insubordination. Matt Vassar, the lecturer who taught the class, loved it – the student was critically thinking and expressing himself.

“He does want to think things through, think for himself, not necessarily take the word of the authority,” Vassar told USA TODAY Sports, “but try things out and see where it goes from there.”

Those lessons laid the foundation for Sherman’s post-football playing career: media. The idea of having a “post-anything” career wasn’t his plan while majoring in communications at Stanford, Sherman said – certainly not 11 seasons in the NFL, a Super Bowl victory and fame. But Sherman’s vocational path has come full circle as a studio analyst for Thursday Night Football on Amazon Prime Video.

And what he learned more than a decade ago serves as his broadcasting ballast.

NFL NEWSLETTER:Sign up now for exclusive content sent to your inbox

“Your greatest expertise is in your own skin,” Sherman told USA TODAY Sports the morning before the Carolina Panthers hosted the Atlanta Falcons on Thursday Night Football. “That’s where you have to speak from, that’s where you’re most comfortable. When you go out of that space, you go out of your comfort zone, it starts to get rocky.”

It’s about making the material part of oneself, and vice versa, Sherman said.

“The words are me,” Sherman, 34, said. “So I can speak it in a really passionate and comfortable way.”

His teachers encouraged that vivaciousness – OK, maybe they instructed him to slightly tone it down to counter his hyper personality. Sherman knows it’s not a good idea to speak too fast, anyway. But he can’t lose the energy that makes him fun to watch. The delivery is what sets him apart in a crowded business.

Sherman arms himself with research, statistics and outlines. But it always comes back to being himself.

“I just go in thinking I’m at the barbershop with the boys,” he said.

Life as an NFL analyst

A Compton, California, native drafted in the fifth round two years after switching from wide receiver to cornerback, Sherman was a lynchpin of the Seattle Seahawks’ “Legion of Boom” defenses in the early-to-mid 2010s. Between 2011-16, he recorded 30 interceptions and forced five fumbles, with 92 passes defended.

Sherman’s last season in Seattle was 2017, and he spent three years with the San Francisco 49ers, earning a fifth and final Pro Bowl nod in 2019. He played five games in 2021 with the Tampa Bay Buccaneers before announcing his retirement. That year, though, he started “The Richard Sherman Podcast” and laid the groundwork for his future role with Prime Video.

Alongside host Charissa Thompson and fellow analysts Ryan Fitzpatrick – Sherman and the former journeyman quarterback have a buddy-cop relationship that has formed rapidly – Andrew Whitworth and Tony Gonzalez, the first-year crew breaks down that night’s matchup for an hour before the game and at halftime. A longer post-show allows Sherman to expand further on his thoughts, which he likes.

The feedback for his on-air performance from former players and people around the league has been positive, he said.

What stands out about Sherman to Amazon director of live global sports production Jared Stacy is that he is an “unbelievable teammate” who has already developed a fun bond with play-by-play announcer Al Michaels.

“He makes a point of getting to know the crew personally – the audio people, his director, his on-air teammates,” Stacy told USA TODAY Sports.

“He can be the life of the party without sucking the air out of the room,” Smith told USA TODAY Sports. “He’s just got a presence about him. You know he’s in the room. But he’s not one of these guys that has to be the center of attention either. He’s a good listener. He’s a good conversationalist.”

Sherman also wants to be good at his job. In Week 6, Amazon broadcasted a 12-7 Chicago Bears loss to the Washington Commanders. Sherman was critical of the Bears’ game plan for second-year quarterback Justin Fields and wanted to see him outside of the pocket and running the ball more. With the Bears offense much improved in recent weeks, he’s received encouraging mentions on Twitter from people saying that the points he made are not only valid, but the insight is why they love the show.

“It’s like, ‘How can I simplify this so quickly but give it depth but still not be complicated enough for the normal, average fan to understand what I’m saying and consume it?’  Because I don’t want to just be the football head, the football guy, the player that’s played 10-12 years,” said Sherman, pounding the table for emphasis.

An example of Sherman’s patented fervor came in Week 5 after the Indianapolis Colts defeated the Denver Broncos in overtime. Russell Wilson threw an interception in the end zone to end the game, a scene all-too familiar for Sherman. He pleaded for Wilson – whose interception on the goal line in Super Bowl 49 cost Sherman and the Seahawks a second championship  – to “learn from his mistakes.”

“Run the dang ball!” Sherman said, looking just as bewildered as he did seven years ago.

After games, he’ll arrive back to the hotel around 1 a.m., and the car to take him to the airport will be waiting outside at 4:30 a.m.

This job, with the Wednesday to Friday travel schedule, allows him to maximize family time. The podcast he records on Tuesdays allows him to talk about the game, teach it and interact with players he won’t run into that week.

Sherman coached the flag football team for his 7-year-old son, Rayden, and they won the championship earlier this month. The team was made up of kids from Radyen’s track team that Sherman converted into football players. Next up is basketball, and while Sherman isn’t a master of that sport, “what I do know about is defense.”

“Right now, I just want to be a good dad,” said Sherman, who also has a 6-year-old daughter, Avery. “This affords me the opportunity to be dad. I played while they were growing up, made enough money. This still gives me an opportunity to be part of the game.”

Every quarter, Vassar opens the first class of Engineering 103 with a series of stories about former students who have “made it” in various walks of life: entrepreneurship, business, science, academia.

Specifically, Vassar talks about Sherman’s infamous interview with Erin Andrews after the NFC Championship Game following the 2013 regular season. After his game-saving tip that led to an interception in the end zone to send the Seahawks to the Super Bowl, he called out San Francisco 49ers wide receiver Michael Crabtree with his trademark intensity and passion. The “sorry receiver like Crabtree” moment was the day Sherman went from football star to household name in this country, Vassar said.

Vassar will point out to students that they may not ever endeavor to communicate like Richard Sherman. The truth, however, is that he’s really good at it.

That’s the goal of the public speaking class: helping students find a personal style and figure out what works for them while explaining complex topics. There is a reason why this is an introductory engineering class.

“How am I going to bring my audience into this talk? I think that’s something Richard does really well,” said Vassar, who has a Sherman bobblehead next to one of Christian McCaffrey, another former student of his and current San Francisco 49ers running back.

Another goal of Sherman’s is to emphasize the humanity of players. Too often in broadcasting and media, he says, things become personal. Criticize the performance and not the player, Sherman said. Pull the helmet off for one second.

“As you get older and you play this game long enough, you go from having posters on your wall to you being on the posters on people’s walls,” Sherman said. “And you’re like, ‘I’m still human.’ I want people to see that. That this guy has idols, this guy has people he looked up to, this guy has kids.”

Authenticity is Sherman’s calling card in the media business after all.

“The one thing I just try to keep in mind is just try not to be fake, like an actor,” Sherman said. “Because some guys get up there and try to create a personality, like ‘I’m going to be this caricature,’ and you can’t do it. Because eventually it will fail and crumble.

“If I went out failing (as a player) like somebody else did, I couldn’t sleep. I feel the same way in this industry. Go out as yourself. If you put yourself out there and people just don’t like, then that’s fair. I’d be like, ‘Not made for TV, but at least I went out as myself.’”

If Amazon and his teammates have their wish, he isn’t going anywhere anytime soon.

This News is Copied from This Source
USA TODAY

US bans sale of Huawei, ZTE tech amid security fears – NewsEverything US & Canada 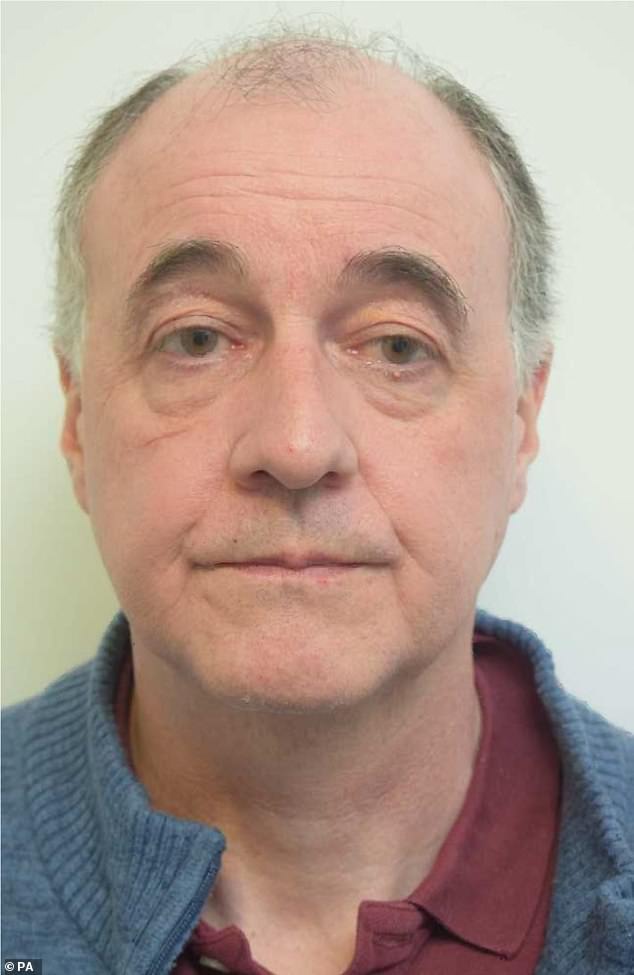 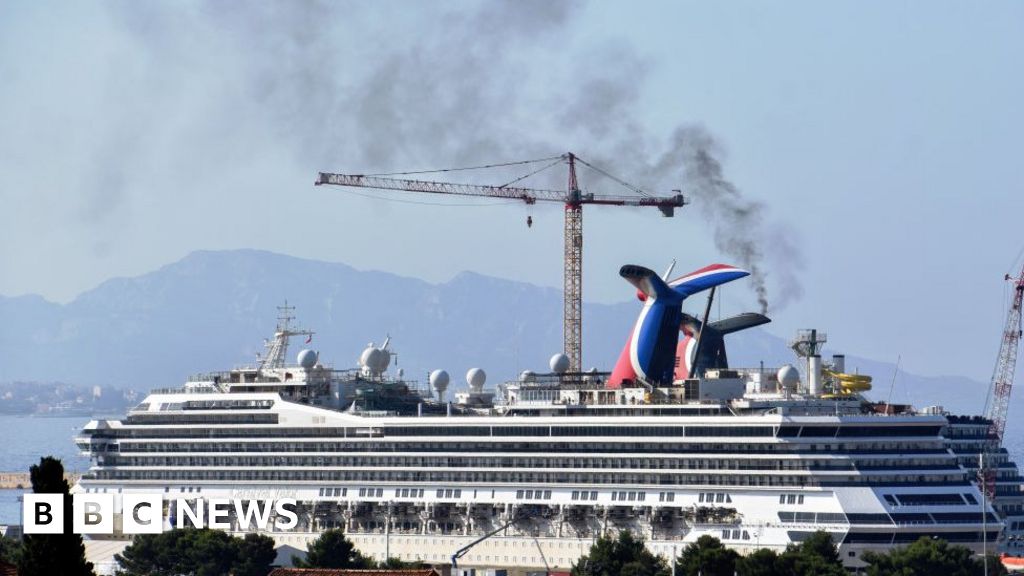 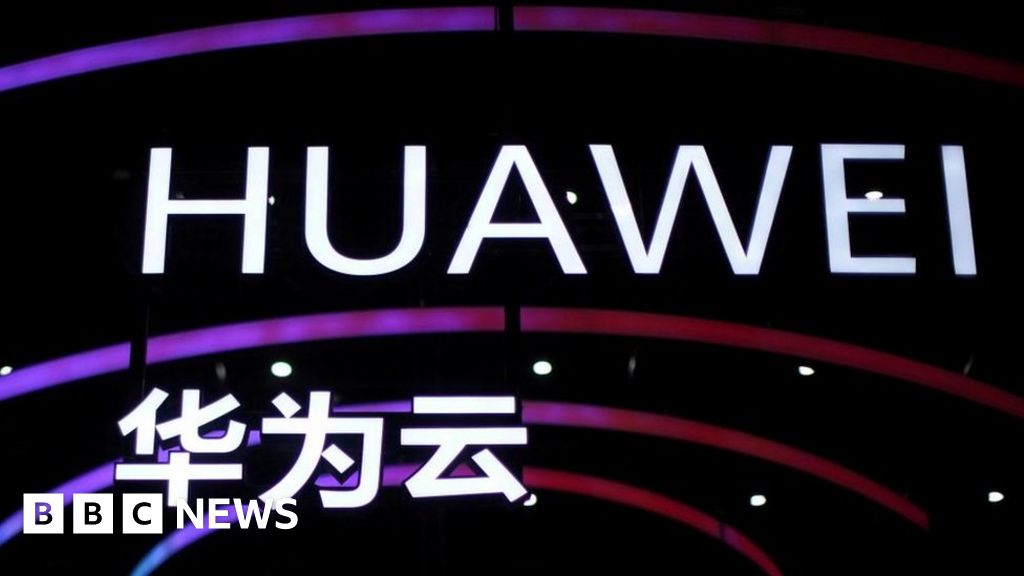 US bans sale of Huawei, ZTE tech amid security fears – NewsEverything US & Canada