60 min Uruguay are really struggling to get their better players on the ball in good areas. They probably need to remove Suarez and get another midfielder on, but they’re actually preparing Edinson Cavani, who’s returned from his sabbatical in the Peak District.

58 min “All this talk of flags and no one has mentioned Sicily!” exclaims Pete Salmon. “A Medusa with three legs and wings! Wheat! The red stands for Palermo and the yellow stands for Corleone. Literally everything you need to know about Sicily in one rectangle.”

56 min Caceres shoves Son over then treads on his boot, so there’s a break while he’s treated. I’m not sure who’s directing the replays during this competition, incidentally, but I am sure that they’re never of what I want to see again, when I want to see it again. Caceres is booked.

54 min Wooyoung slides in on Nnuez, introducing studs to ankle, but without attracting a card. The free-kick is pumped towards the box and Pellistri jinks across a challenge, allowing Bentancur, on the burst, to take it off him and ram a shot from the edge that Minjae blocks really well.

53 min Korea want a penalty for shove by Bentancur as that punch was disbursed, but there was nowhere near enough in that, and to emphasise the point, he escapes the box with some lovely footwork.

52 min Outswinger from Son, 83 men up at the near post, and the ball goes across the face of goal where Rochet punches clear.

52 min Sangho goes at Olivera again and forces a corner with a cross that’s blocked behind.

51 min Jinsu finds Son, who isolates Gimenez and looks to skirt around him; if he can, he’ll have a shot on. But Gimemez doesn’t fall for the feint and times his challenge to perfection; he’s playing superbly here.

50 min The crushed filling in a Suarez-Wooyong sarnie, Jinsu gets a bang on the swede, but he’ll be fine.

48 min Uijo runs across the face of the box, so Gimenez absolutely flattens him with a very fine tackle. I’m enjoying the way the refs are letting the games run here – we can err on the side of laxity when it comes to allowing challenges that win the ball.

48 min Son pulls left and tries to twinkletoe Caceres, who’s having no such thing.

47 min If this game is a draw, this group will get very interesting, and already I’m wondering if we might see all four sides involved until the end.

46 min “The flag tierlist generator could definitely be used for this:,” says Carwyn Morris. “There is even a ‘community rank’ which puts Brazil top and South Korea in the S tier along with. .. the UK?! Clearly some patriotic list makers here.”

Our players have returned.

Disaster strikes! “Korea has run out of take out fried chicken!” laments Richard Prasad. “Can’t find anywhere that’s taking orders … at least there’s still beer. World Cups past, when Ji-Sung Park was Korea’s talisman, when we listened to Korean commentary every time they’d say his name we’d drink. Got messy. Now listening to him on commentary. And drinking whenever they say Heung-min Son’s name.”

How is Park’s commentary? His cushty trio with Tevez and Evra was one of my favourite things about 00s football.

Oh yes, Paul Haynes sends us the flag of Zheleznogorsk.

Half-time email: “If you’re not already familiar with it, you should seek out the flag for the state of Maryland,” says John Powers. “It’s loud, it’s obnoxious, and they display it everywhere…”

Another fun game – the one added minute tells us there’s a tempo – with no goals, but I feel pretty sure we’ll get at least one at some point.

45 min There’ll be one added minute.

45 minNunez is up front now, which makes sense – he’s wasted on the wing and Suarez is no longer the one-man forward-line he was. And Nunez runs at Inbeom, who stretches out to make sure the foul is correctly adminstered. Uruguay make nothing of the free-kick.

44 min The corner is a decent one and Godin turns it into a brilliant one, leaping with the fury you expect to deliver a mighty header that clatters the base of the far post! Oh man, that was serious behaviour! But Uruguay have to make do with a further corner, that comes to nowt.

43 min Uruguay counter with Valverde, who finds Pellistri, and he crosses for Suarez, but Youngghwon sticks the ball behind.

41 min “Angry Welshman here,” says Matthew Fry. “e have the best flag, it has a dragon on it. I would also put forward the flags of the counties of Liberia, they have a real ‘took me ten minutes on MS paint’ kind of charm. I think Maryland county is my favourite.

40 min Jaeusung makes a good run at inside-right, he looks to cross … and Godin is there to clear.

39 min More Korea possession, then Inbeom decides he’s having a dig from 30, clouting the back stanchion.

38 min Uruguay probe, but Korea’s defensive spacing is really good and Vecnino eventually passes into touch. So far, they’ve only created via Gimenez’s long passes – they’ve got to get the ball out to Pellistri, who’s had very little of it so far.

36 min Uruguay’s full-backs are giving their team a problem. They keep getting caught either too narrow or too wide, which also tells us that Korea’s wide players are moving really well.

34 min Arrrrggghhh! Korea pin Uruguay inside their own box and Moonhwan finds a great position down the right of the box, found by a great, snapped pass from Inbeom. The cross is perfect, picking out Uijo, who waits alone in the box; all he has to do is sweep into the far corner, but the eyes light up, the head goes back and the ball goes over the top.

33 min “Sharing joy?” emails Matt Dony. “Richard Dawson’s new album, The Ruby Cord, is a thing of absolute beauty. Late play for album of the year. I can’t stop playing it. In more relevant fields (and I’m aware that I’m hardly the first person to make this point), is there a strike partnership with more potential for chaos that’s Suarez and Nunez? The sublime, the ridiculous, everything in between, multiple times a match.”

Go on then. I think this is my single of the year.

32 min South Korea get it wide with Jinsu, but his cross isn’t flat enough, so Sangho has no chance of winning it in the air against Caceres.

Good beer there too.

31 min South Korea keep it for a bit, recognising the balance of play has switched against them.

29 min “Weighing in on the flag talk,” says Jack Ball, the lack of love for the Seychelles gorgeous flag is troubling. To round out the top five, Barbados, Brazil, Kenya, Bhutan. Bottom of the pile, Nepal. Get that double triangle flag outta here!”

I agree on Seychelles and Brazil, though respect Nepal for trying something different. I wish I could grab pics of them all, but there’s a game going on, I think. I do, tough, heartily recommend the kids’ placemats with a map of the world on one side and flags of the world on the other.

27 min Ohhhhhh maaaaate! Olivera takes it off Bentnacur to lead a Uruguayan counter, and they’ve a man over! It’s Darwin Nunez! But with so much space and time to measure the pass, Olivera loses the run of himself, overhitting his pass when there was so much margin of error to stick his mate in on the goalie.

26 min First flash of serious Son. He veers in off the left, totally diddles Olivera, and curls towards the far post, but Godin is there to head clear.

25 min He aims for Gimenez, a phalanx of bodies leap, and a defender’s head flicks behind for a corner that comes to nowt.

24 min Uruguay are starting to assert themselves, Valverde to the fore. He’s grabbed around the neck, but Wooyoung I think, and will now stick the free-kick into the box from 40 yards out….

23 min “With all due respect for the pain your wife had gone through during WC 2010,” says Admir Pajic, “can we put the whole ‘Suarez robbed Ghana’ narrative into the bin? Suarez made a professional foul to prevent a clear goal. He didn’t injure anyone. He didn’t even bite anyone! He didn’t get away with it – he got a red card that forced him to sit through the World Cup semifinal match v Netherlands. The ref made a correct call to give a penalty to Ghana. Asamoah Gyan missed it but even that wasn’t the end for Ghana as they had a chance to win the penalty shoot-out. They didn’t. Maradona v England in 1986, referee Byron Moreno v Italy in 2002 and referee Peter O’Leary v Bosnia-Herzegovina in 2014 got away without punishment. Suarez served his time.”

I agree. The game tells you what happens if you do certain things, Suarez did one of them, and Ghana couldn’t punish him.

22 min Better from Uruguay, another lovely pass from Gimenez, this time out to the right, allowing Pellistri to cushion a cross that Nunez, running, leaping and buffeting can’t quite connect with. Suarez turns the ball back in, but Korea clear.

19 min But then, out of nowhere, Jimenez unfurls a glorious pass from halfway to box, Valverde leaping to control. But as he tries to adjust his body ad find a shooting lane a defender intervenes and the ball goes behind. That should’ve been a corner, but Clement appraises a goalkick.

18 min Korea are stretching the play really well here, and again Sangho keeps the width down the right and they find him. He can’t then find a decent cross, but his side are currently the better one.

17 min Another good switch, this time to the left, sees Jinsu powering forward from left-back – Pellistri is slow to follow – but a poor first touch means he can’t wrap foot around cross before ball races behind.

I actually meant first and surname, as in Clement Turpin, but name and person? I enjoy Mark Noble, but Felipe Melo is my favourite.

13 min Son chucks a lollipop at Pellistri, so Caceres extends a thigh for him to leap over, with no foul given. Uruguay then race forward, Suarez lofting a pass from left to centre for the onrushing Vecino, but it’s coming over his shoulder and he can’t control, so Seunggyu collects easily enough.

11 min Uruguay is in my top-five flags,” says Steve Brennan. “Only bettered by France, the Most Serene Republic of Venice, Dnipropetrovsk Oblast and the Isle of Man.”

Mine, off the top of my head: Uganda, Macedonia, Colombia, Italy, Ghana.

10 min A serious challenge from Valverde sets Uruguay away, but they can’t make the most of a throw deep inside the Korea half and immediately Korea spring. They can’t make anything of the opportunity, but they’ve not come to frustrate. Uruguay, meanwhile, aren’t playing the 4-4-2 I expected; Nunez is on the left, Pellistri on the right, and Valverde in the middle.

8 min This time, Son goes low to the near post, a kind of Anderton for Sheringham effort, but again Nunez is there to intercede.

This News is Copied from This Source
Daniel Harris 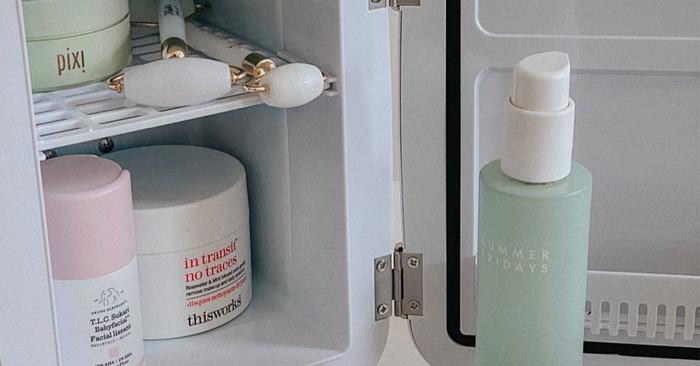 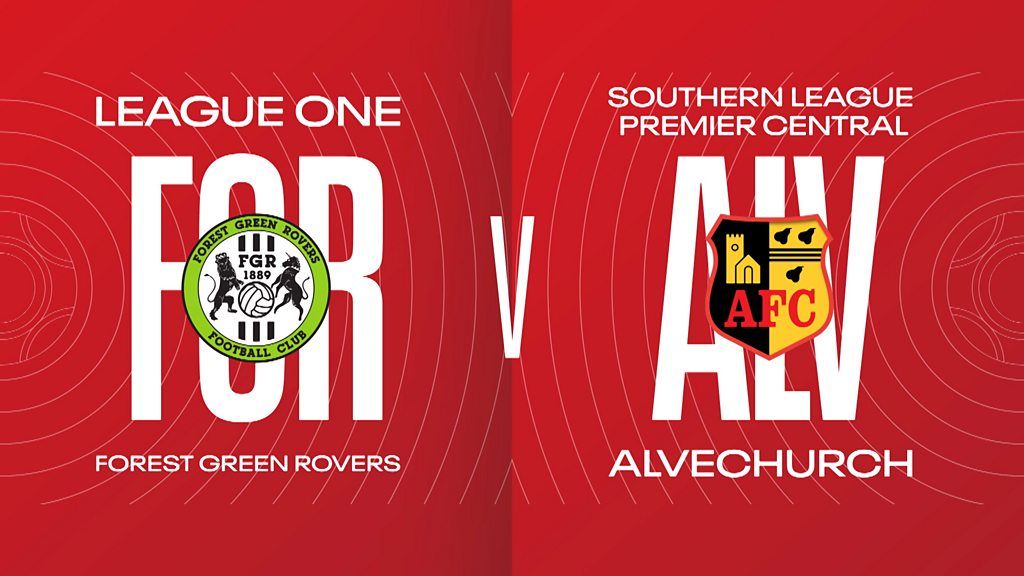 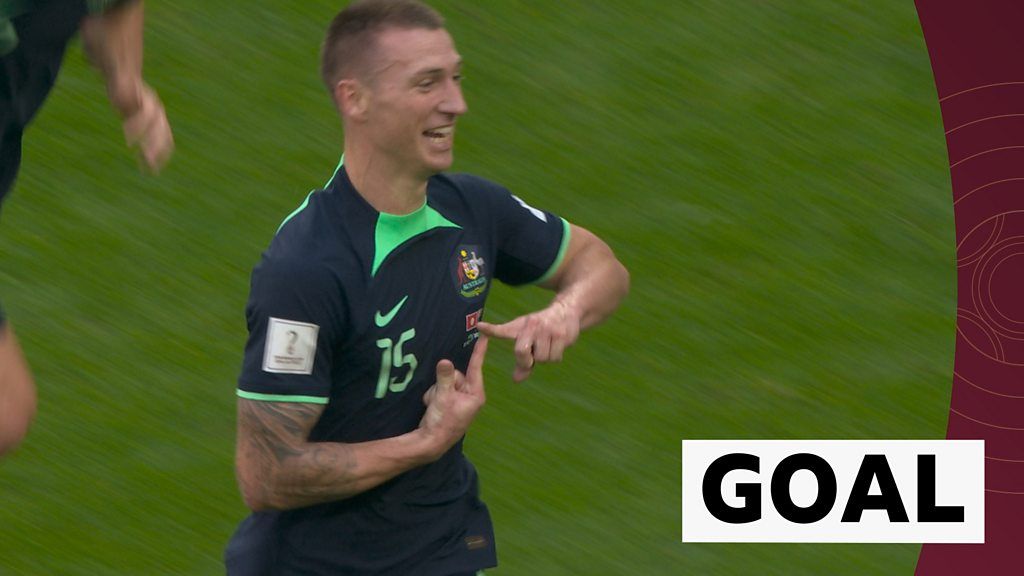