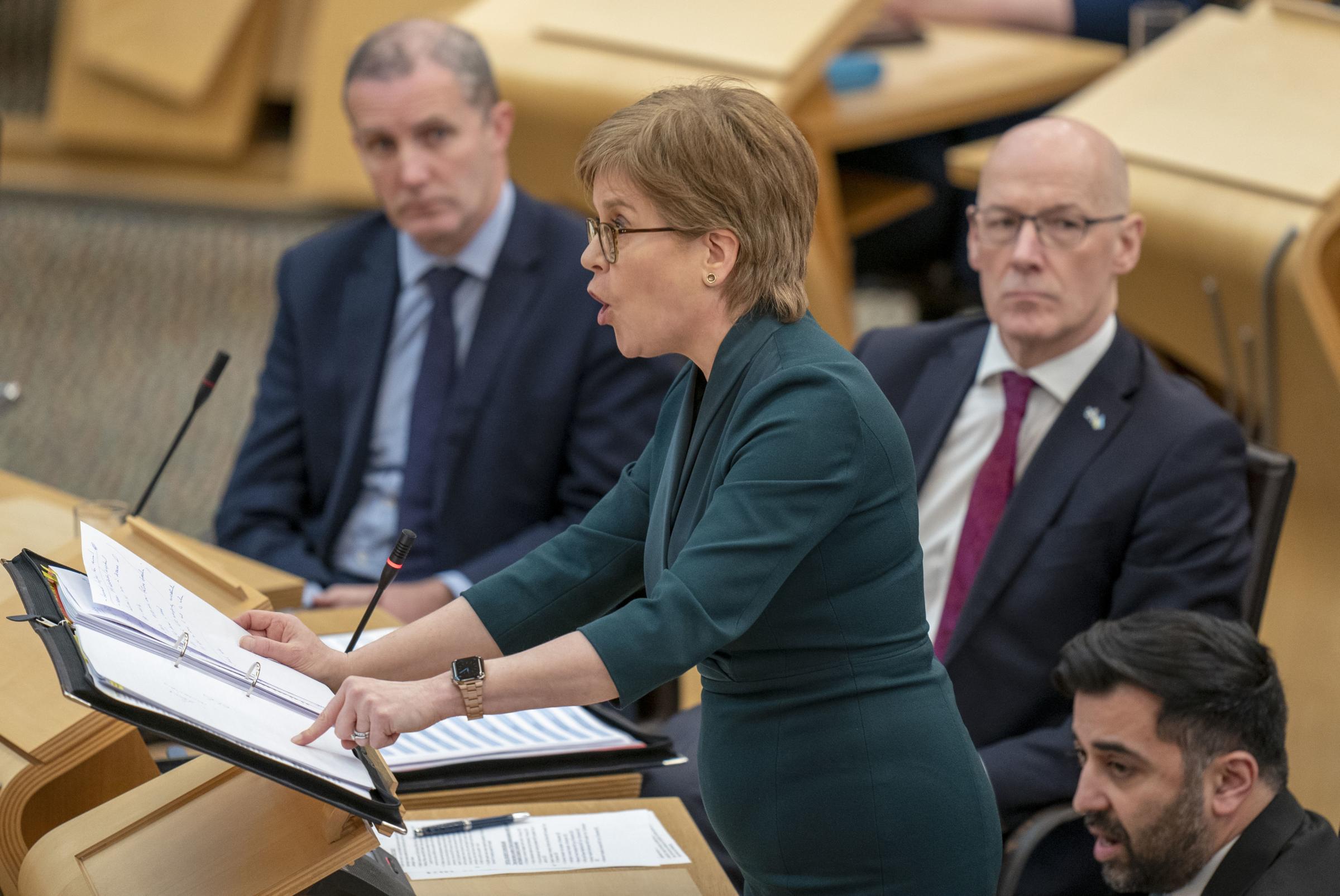 NICOLA Sturgeon claims to be outraged about Westminster’s intervention in Holyrood’s Gender Recognition Reform Bill, but I’m unconvinced by her rhetoric. Surely, all along, she’s been guilty of cynically using Scotland’s trans community as pawns to manufacture yet another constitutional tussle with Westminster?

It was almost inevitable it would come to this – another Holyrood and Westminster constitutional bicker. By knowingly championing legislation at odds with established GB law, Ms Sturgeon has presumably now got precisely what she wants.

She’ll relish, I anticipate, wildly catastrophising that this isn’t about the single piece of legislation but an assault on Scottish democracy. Yet I also believe that she has chosen the wrong battle. Opinion polls show the majority in Scotland, and indeed, a large proportion of nationalists, oppose the Gender Recognition Reform Bill. On this occasion, Ms Sturgeon may well find that, in Scotland, few buy into her predictable “them and us” divisive narrative, with the majority welcoming Westminster’s intervention.

TIME FOR A MORE CONSENUSAL APPROACH

YET again Nicola Sturgeon accuses the UK Government of a full-frontal attack on Scottish democracy by blocking the Royal Assent of the Gender Recognition Reform (Scotland) Bill. However, some legal and political experts seem to suggest that the bill, if enacted, would conflict with cornerstone UK-wide equality legislation, thereby bringing about legal challenges and chaos which could last for years and only benefit lawyers. If a consensus cannot be achieved between the UK and Scottish governments on the issue, is there any alternative to putting the matter before the Supreme Court for a final ruling which may or may not necessitate changes to the proposed Scottish legislation?

Rather than resorting to grievance politics, Ms Sturgeon should at least be open to a more consensual approach to a complex issue which is troubling many people throughout the length and breadth of the UK.

NO stranger to failures, Nicola Sturgeon simply steams on ahead at full tilt over anything she perceives as a slight to Scottish democracy or her way of doing things. Unfortunately she has never learned from her failures that often she gets this quite wrong.

This new row over gender reforms is shaping up rapidly to be yet another “bull in a china shop” moment for our First Minister. Just how long will her party tolerate this attitude? In the end, no politician lasts forever but the party carries on.

The problem for the SNP is that Ms Sturgeon has almost total control so there are very few voices speaking out against her. They have almost all pinned their colours very firmly to her mast. What happens if her ship sinks?

A QUICK FIX FOR THE SNP

ALTHOUGH Professor James Mitchell talks of fundamentalism and the SNP (“Academic warns Sturgeon over ‘de facto’ climbdown”, January 15), it is clear that using the next UK General Election as a referendum on independence has several fundamental motives.

Its allying with the Scottish Greens in 2021 was partly motivated by falling support in elections, in Holyrood and among party members. By using a General Election as a referendum, the SNP is linking two issues fundamental to all political parties: holding power and maintaining, among the supporting electorate, expectations of success in its core belief.

Winning 50 per cent, or more, means that the SNP can have at least one form of a “quick fix”: holding on to power without the Scottish Greens, while flaunting it as renewed support for independence. If successful, the SNP could enter the next Scottish election in 2026 with, perhaps, a stronger argument that is more difficult to refute.

HORROR OF THE GIANT TURBINES

YOUR headline states there will be “Alarm over new generation of ‘super’ wind turbines planned for Scotland” (January 15). You bet there will be.

Consider the true horror of these 850ft monsters, almost as high as the Eiffel Tower, twice the size of the London Eye. They are effectively offshore machines being sneaked onshore, supported by the Scottish Government against the wishes of local people, to satisfy the insatiable greed of the wind industry.

The farcical industry claims that larger turbines are more efficient could not be further from the truth. Current turbines blades have been tweaked, over many years, to the nth degree, but the inexorable laws of physics demand that all that can now be done is to make the turbines even larger, even more damaging, even more space-consuming, even further apart, even more materials-intensive, even more unsightly and, with blades that travel in excess of 200mph, even more lethal to wildlife.

Saving the planet? Simply another load of whoppers from the wind industry.

It must be asked what sort of supremely idiotic politicians actually support the destruction of what must be the finest landscapes and seascapes in Western Europe.

DON’T FALL FOR THE SPIN

YOUR article is to be applauded. The revelation that “at least 14 major proposals have now bypassed local authorities and gone straight to the Scottish Government for consideration” shows that this Government is more concerned with foreign turbine owners’ profits than people’s health and surroundings.

Scottish Renewables is thePR machine for the wind industry with numerous people well paid to spin how wonderful wind turbines are. They claim the industry supports 10,000 full-time jobs. Where? Would that be the foreign turbine manufacturers, the foreign installers and the foreign owners of these turbines? For Scottish Renewables to say that “wind power is the cheapest form of new energy generation” is misleading. They forget to add on the £1 billion of constraint payments which was paid over the last 10 years not to produce electricity. Recently the cost of paying wind farms to “switch off” has soared from £143 million in 2021 to £227m in 2022.

• CAN I ask why the potential turbines’ dimensions were only given in imperial measurements? I turn 50 this year and neither we nor anyone younger used them as children let alone as adults.

Would it be possible to at least include the metric measurements to avoid people having to convert? It does look rather old-fashioned.

I WAS interested to read that Rishi Sunak plans, unlike his predecessor Boris Johnson, to give possibly 10 front-line Challenger 2 tanks to Ukraine (“Sunak confirms pledge to send tanks to Ukraine”, January 15) and that President Zelenskyy thinks that will “send the right signal to other partners”. Are we a partner of Ukraine? I don’t recall voting on that subject.

At almost £5 million for a Challenger 2 tank that’s quite a generous gesture, although the UK is planning to put almost 200 of surplus existing type 2 tanks “into retirement” while it gives £800m to German defence company defence firm Rheinmetall to upgrade the remaining 148 to type 3 Challengers. I assume the type 3, unlike the type 2, will be able to be used in terrain such as the UK troops encountered in Afghanistan.

What does one do with almost £1 billion’s worth of slightly obsolete tanks? Park them in a corner and forget about them or is that just something you do with old radioactive submarines? Perhaps we could store them on our two new aircraft carriers, there’s plenty of room in the absence of any planes to fly from them and they don’t seem to be going anywhere soon.

WE NEED URGENCY ON VOICE FOR AUTISM

AS a group of organisations who support vulnerable children and young people, many with autism and a learning disability, we would add our support to concerns relating to a delay in a Scottish Government commitment to establish a commissioner to promote and protect the rights of autistic people.

Currently too many of those with autism and learning disabilities are struggling to get the support needed, with their human rights breached, and a commissioner is vital to help them fight their corner.

However, with a delay in public consultation on this until late 2023, there is a real concern that the delivery of a commissioner is simply not being prioritised.

While not by any means a panacea, a commissioner for autism and learning disability would be the first of its kind in the world, established in law to champion the human rights of autistic people and people with a learning disability.

It would be a powerful voice, improving access to services and advocating on people’s behalf when they cannot. A commissioner would also close the current gap between what the law says and what actually happens, delivering improvements. Importantly people would also have recourse when the system falls short and fails to deliver for them.

Many of those with autism and learning disabilities feel invisible, and such a role can help people live good lives with choice and control, free from discrimination. We would urge the Scottish Government to develop a sense of urgency on this vital matter. 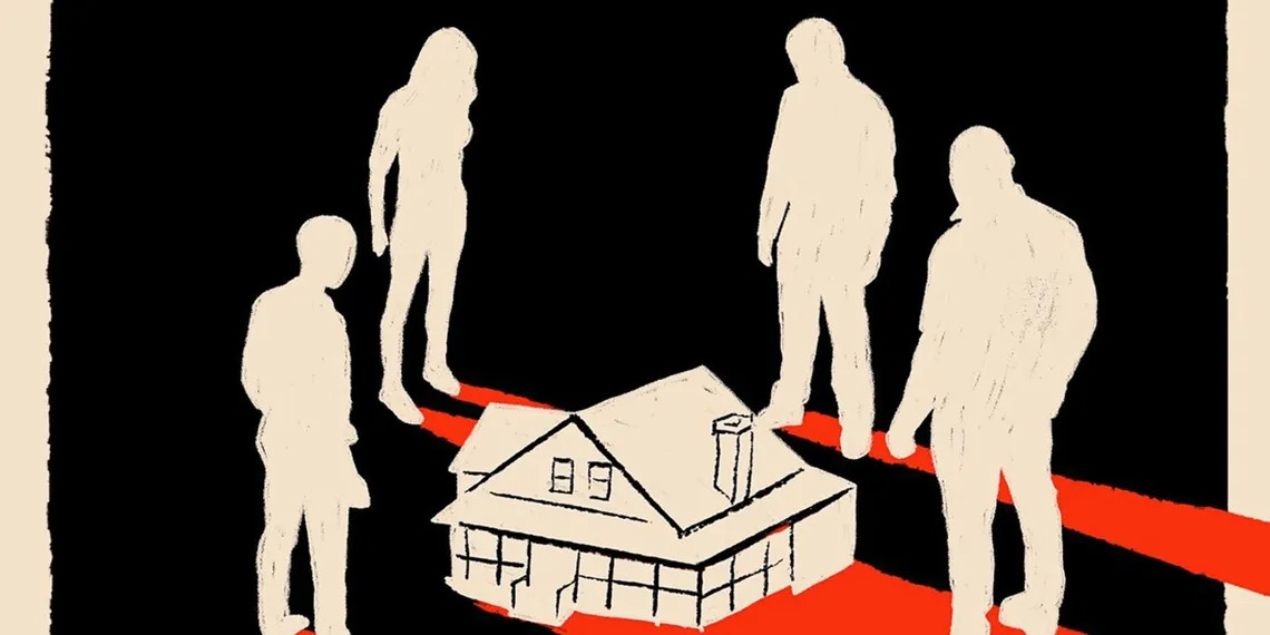 M. Night Shyamalan’s Knock at the Cabin Gets a New Poster – NewsEverything Movies