0
SHARES
0
VIEWS
Share on FacebookShare on Twitter
It was a fun day out for the Jonas family.

Bollywood star Priyanka Chopra put on her game day outfit and took to the stands as she turned cheerleader for hubby Nick Jonas. Dressed in a baseball shirt, a crop top and red pants, the actress stood by the fence and cheered her hubby on as he took to the pitch to bat.

The new parents have been making it a point to take a break from parenting duties and head out on romantic date nights and even head out on fun picnics with friends.

Besides sharing photos from their ‘Game Day’, PC and Nick also shared a bunch of happy photos on their Instagram stories. While Nick posted a couple of photos that saw him taking a swing, Priyanka, on the other hand, shared glimpses of her time with her cousin. 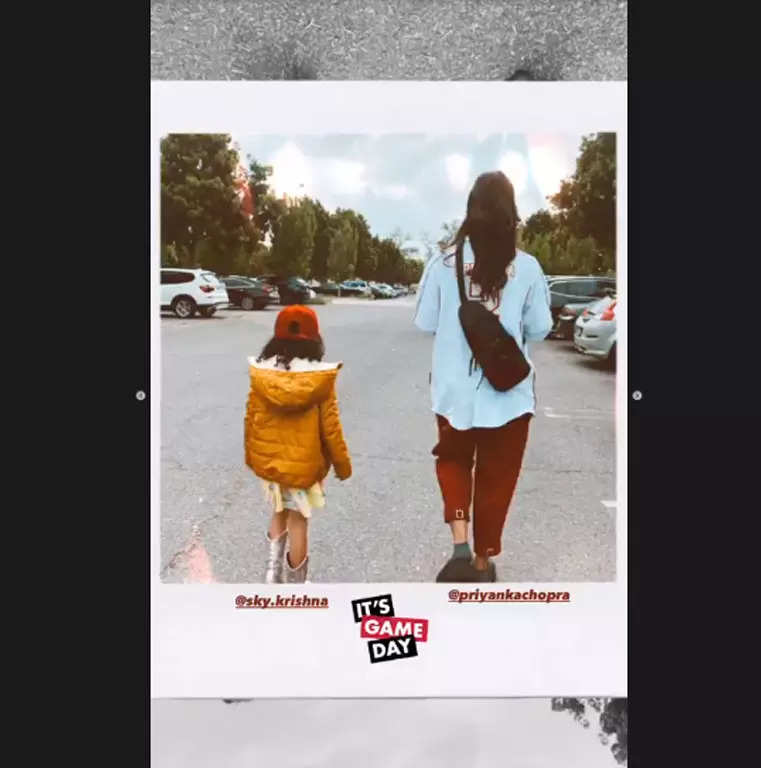 Interestingly, fans also noticed that Priyanka borrowed another piece of clothing from Nick’s wardrobe. The actress, who has previously stolen her husband’s shirts and jackets, was seen rocking a pair of comfy pants that appeared to be one of Nick’s.

On the work front, Priyanka has several projects in the pipeline, including ‘Ending Things’, ‘Text For You’ and ‘Citadel’. She will team up with actor Sienna Miller for Anthony Chen’s next directorial venture and will also be seen opposite Anthony Mackie for an untitled film.