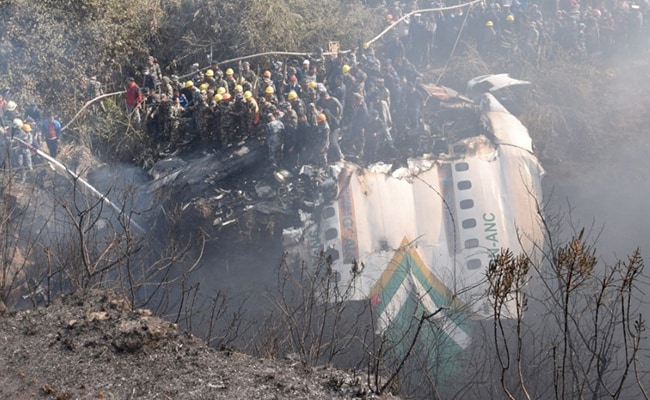 Oshin, 24, was among 69 people who died after Yeti Airlines’ aircraft crashed

Oshin Ale Magar, a flight attendant who studied in India and died in a plane crash in Nepal, left home on Sunday with a promise that she would return from Pokhara after work to celebrate the Maghe Sankranti festival with her family.

Oshin, 24, was among 69 people who died after Yeti Airlines’ 9N-ANC ATR-72 aircraft with 72 people on board, including five Indians, crashed on the bank of the Seti River in central Nepal’s resort city of Pokhara on Sunday.

Her family was preparing to celebrate the festival at home when the news of the plane crash reached them.

Her tearful father Mohan Ale Magar, a retired Indian Army personnel, recalls that he had told her early in the morning not to go to work on a special day.

She insisted on celebrating the festival after completing two flights on that fateful day, Mohan told Republica newspaper over the phone.

Oshin had been working with Yeti Airlines for two years. Originally from Madi in Chitwan, she was living in Kathmandu after starting her job and had also invited her parents to stay with her in the capital for the last six months, the report said.

Oshin has two sisters and one brother. She is the eldest daughter among four siblings. Her brother is just four years old. She took her brother and sisters to Kathmandu for their education, it said.

She studied at Oxford College in Gaindakot and in India and graduated as an air hostess from Sahara Air Hostess Academy in Kathmandu.

Oshin got married two years ago in Pokhara and her husband is currently in the UK.

Her father Mohan and mother Sabnam Ale Magar have reached Pokhara to identify the dead body of their daughter, the report said.

Yeti Airlines’ 9N-ANC ATR-72 aircraft took off from Kathmandu’s Tribhuvan International Airport at 10:33 am and crashed on the bank of the Seti River between the old airport and the new airport minutes before landing, according to the Civil Aviation Authority of Nepal (CAAN).

A total of 68 passengers and four crew members were on board the aircraft. Nepal, home to eight of the world’s 14 highest mountains, including Mount Everest, has a history of air crashes.

Sunday’s crash is Nepal’s deadliest since 1992 when all 167 people aboard a Pakistan International Airlines plane were killed when it crashed into a hill as it tried to land in Kathmandu.

Centre Wants In On Judges’ Selection: Transparency Or Interference