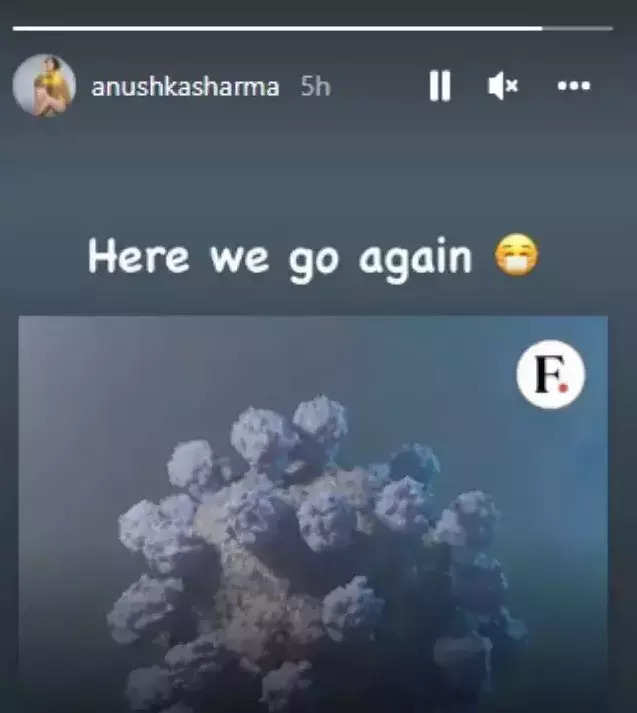 According to reports, one case of the Kappa variant has also been detected. However, patients infected with the new variant don’t have severe symptoms so far. The BMC has reportedly stated that the Mumbai patient is a 50-year-old costume designer, who returned from Africa in February. She tested positive on March 2.

The World Health Organisation had said last week that the new variant might be more transmissible than any other strain of COVID-19.

After a period of lull, Bollywood has resumed work and films are being released in theatres at full capacity. This year has seen the release of some big-budget films like, ‘Gangubai Kathiawadi’, ‘RRR’ and others which have worked wonders at the box office.

Meanwhile, on the work front, Anushka will next be seen in ‘Chakda Xpress’ where she will be seen essaying the role of Indian female cricketer Jhulan Goswami. The film will reportedly be an eye-opener into the world of women’s cricket. This film is a dramatic retelling of several instances that shaped her life and also women’s cricket.

Against the grain: Farmers may still be able to export some wheat – NewsEverything | Business

Save on mattresses, fashion and tech – NewsEverything | US & Canada

Against the grain: Farmers may still be able to export some wheat – NewsEverything | Business

Save on mattresses, fashion and tech – NewsEverything | US & Canada