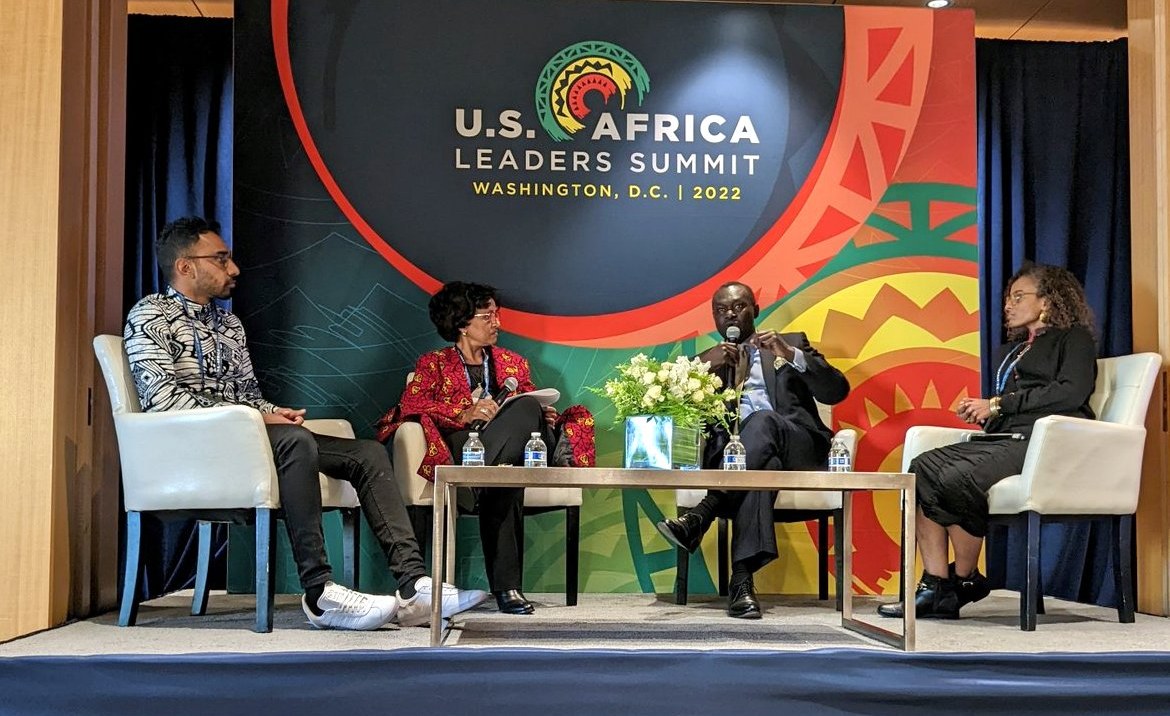 San Jose — With a median age of 20 years and 60 percent of the population under 25, Africa is the youngest continent in the world and holds the future.  Projections show that a quarter of the world’s people will be African by 2050 (The Guardian). Africa has an opportunity to drive major transformations that adapt to this drastic demographic shift and build resilience in an era of disruption.

The unforeseeable economic shocks created by the ongoing pandemic, international conflicts such as the war in Ukraine, and challenges in the global economy have sparked innovations in industry, investment, and entrepreneurship across the continent. Now, ten years into Agenda 2063, Africa must plan for a sustainable recovery and reimagine its path forward. What does a future ready Africa look like?

This year, African Diaspora Network hosts the 8th African Diaspora Investment Symposium (ADIS) from March 22-24, 2023, to explore trending innovations, blueprints for the future, and the interconnectedness of sectors including climate change, healthcare, finance, education, and agriculture. How do we strengthen infrastructure, reinvigorate markets, and create a healthy atmosphere for communities? What seeds must be planted to enable a thriving future for the continent? Be inspired to envision, celebrate, and make an impact upon the future of Africa.

The African Diaspora Investment Symposium was originally inspired by the U.S.-Africa Leaders Summit that I attended in 2014. Since then, the Biden-Harris administration continues to demonstrate the U.S. government’s commitment to fostering a stronger U.S.-Africa relations, as outlined in the U.S. Strategy Towards Sub-Saharan Africa.

The African Diaspora Network team and I were delighted to partake in the African and Diaspora Young Leaders Forum in Washington, D.C., as part of the 2022 U.S.-Africa Leaders Summit. The forum, themed  “Amplifying Voices: Building Partnerships That Last,” centered around ways to amplify the dialogue between U.S. officials and the diaspora in the United States and provide a medium for young African and diaspora leaders to shape innovative solutions into burning issues.

Among the speakers were the Liberian President, H.E. George Weah; Congressman Meeks, Chairman of the House Foreign Affairs Committee; and the Sierra Leonean President, H.E. Julius Maadi Bio. Each one emphasized the importance of investing in African youth, as they are the future. The leaders also recognized the importance of the African diaspora in Africa’s development and the growing recognition of their role in the socioeconomic development of the continent.

Diasporans represent a powerful constituency in the economic development of Africa and the U.S. African immigrants in the United States earned $55.1 billion in 2015, contributing significantly to the U.S. economy with $40.3 billion in spending power and $14.8 billion in tax payments (New American Economy 2018).

Diaspora investments also add significant value to African enterprise. The World Bank records over $80 billion sent to and within Africa in 2020. This magnitude of remittances strongly reflects the commitment of Africans in the diaspora to participate in the economic development of their home continent. When presented with an opportunity and a trusted platform, they are willing and able to give to social enterprises and mission-driven organizations.

Diasporans represent a powerful constituency in the economic development of Africa and the U.S. African immigrants in the United States earned $55.1 billion in 2015, contributing significantly to the U.S. economy with $40.3 billion in spending power and $14.8 billion in tax payments

On day one of the U.S. Africa Leaders Summit, African Diaspora Network (ADN) and the U.S. Department of State hosted a high-level working lunch to discuss the African Diaspora’s contributions to Africa’s growth and development beyond remittances. The high-level lunch was sponsored by the Bill & Melinda Gates Foundation and convened government leaders, African Ministers of Economy and Finance, private sector leaders, and diaspora leaders.

In her opening address, Dorothy McAuliffe, Special Representative for Global Partnerships at the U.S. Department of State said, “the importance of remittances cannot be overstated or ignored. Remittances from the African Diaspora increased by 6.2 percent in 2021. At this session, it is important for us as stakeholders to look forward, identify the next steps, and take action to make remittances more productive for Africa.”

The session illuminated new diaspora engagement and sustainable investment strategies beyond remittances. Diasporans are by far the largest investors in Africa, yet, remittances have limitations. They are not easily scalable, so there is a need for sustainable investment, which is why diaspora engagement is critical. Engaging diasporans has been proven to strengthen the socioeconomic development of their home countries through capacity-building, skills transfer, and partnerships.

I believe that the prosperity and success of Africa can be measured by our move away from reliance on remittances. There are new approaches and investment opportunities trending across the continent, including the African Diaspora Finance Corporation (ADFC). Trust is a key ingredient in the success of these innovations – platforms like NALA and ADFC rely upon diaspora confidence to be successful platforms.

Africans in the diaspora are truly a force for good, giving abundantly to the communities they live in and back home to friends and family. They are the largest direct investors in Africa, not just from abroad, but within the continent, with 70 percent of migration occurring within Africa.

Celebrating the African Diaspora: Toward a Collaborative U.S. – Africa Policy

To conclude the first day of the U.S. Africa Leaders Summit, we partnered with the Center for American Progress (CAP), Africa-America Institute, and The Africa Center to host a special diaspora reception. The reception celebrated the African Diaspora and its role in advancing a collaborative U.S.-Africa foreign policy, bringing together a diverse group of individuals and organizations from the African Diaspora long-involved in promoting a thoughtful and strategic U.S. foreign policy towards Africa.

The gathering was an excellent opportunity to underscore the critical role that African voices play in ensuring meaningful and sustained U.S. engagement on behalf of the continent—a significant contribution to successful U.S. foreign policy toward the continent, as recognized in the Biden Administration’s sub-Saharan Africa Strategy.

ADN is at the forefront of driving innovative means for harnessing remittances to boost economic development and COVID-recovery on the African continent. We are constantly exploring how best to engage the African diaspora to invest back into their communities, understanding that diaspora-owned small and medium-sized businesses in the United States and worldwide are Africa’s biggest contributors and investors.

We look forward to bringing this critical dialogue on beyond remittances back to Silicon Valley for the upcoming 8th African Diaspora Investment Symposium (ADIS).

This News is Copied from This Source
allAfrica

Letters: Time will show that Sturgeon has chosen the wrong battle – NewsEverything Scotland

The ultimate guide to herbal teas